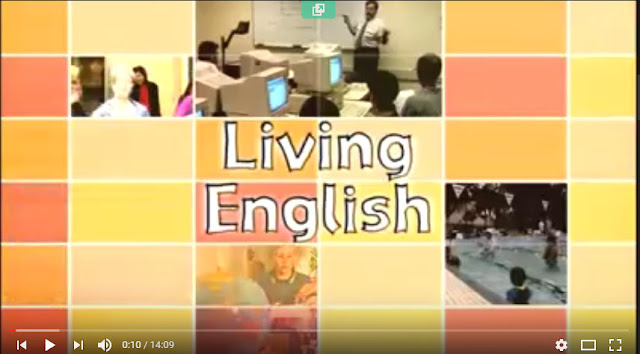 Episode 1: Pleased to meet you

Anne, a wine dealer from Singapore, arrives at Adelaide Airport and meets her local buyer, Sarah.

Sarah and Mark take Anne to her hotel. She checks in.

Episode 3: What time is it?

In her hotel room, Anne rings a number. John Barbour, the private detective, answers the phone.

Episode 4: Second on the Left

Anne is looking for John’s office. A woman is waiting at a bus stop. Anne approaches her.

Episode 5: Are you married?

Anne describes her brother to the private investigator.

Anne explains to the private investigator how she lost contact with her brother.

Episode 8: This is my brother

Episode 9: The most beautiful city

Anne and Steve have lunch and talk about differences.

Episode 12: The day after tomorrow

Anne and Sarah plan a meeting.

Episode 13: What are you doing tomorrow?

Steve makes a date with Anne.

Episode 14: Are there some kangaroos?

Anne and Steve go to a Wildlife Park.

Steve and Anne explore the park.

Anne and Steve have lunch.

Episode 17: I usually catch a bus

Anne and Steve talk about their different lives.

Episode 18: There’s a message for you

Anne returns to the hotel, to find a message.

Episode 19: I haven’t found him

John tells Anne of his progress in finding her brother.

Anne catches a bus to the University.

Anne talks to the bus driver.

Episode 22: Look after yourself

Anne mmets with a Professor at the University.

The Professor advises Anne on what to do next.

Episode 24: The Most Expensive Wine

Anne and Sarah are tasting wines. The winemaker, Tim, is explaining the different varieties.

Episode 25: How many prawns?

Anne goes shopping at the Market.

Episode 26: I thought I saw him

Episode 28: You should relax

Anne goes to the doctor.

Episode 31: That was Delicious

The family praise Anne for her meal.

Episode 32: He says he knows my brother

David tells Anne what he knows.

Episode 33: Who Wants to Know?

Anne, Steve and Sarah look for David at the Market stall.

Episode 34: You were going too fast

Sarah, Anne and Steve get pulled over for speeding.

Episode 35: This is the house

They arrive at David’s house.

Episode 36: This is your nephew

Episode 38: You Should Ring Your Parents

They discuss what David should do.

David talks to his father.

Episode 40: He said he loved me

David reports his conversation to the others.

Iconic One Theme | Powered by Wordpress